Sita Jayanti is celebrated every year on the day of Baisakh Shukla Navami. This day is also called Holy Navami. Hindus who believe in Vedic Sanatan Hinduism celebrate Sita’s birth anniversary as the main character of Ramayana and the center of Hindu faith. Born in the constellation Pushya, She is a great female example of Sanatan Darshan whose name is always mentioned. The story of Sita’s origin is told in detail in the Padma Purana and Bhavishyapurana (Sitanavami Vrat Mahatmya).

– According to other legends and proverbs Ramayana and Devi Bhagwat Purana, when he married Mandodari, the daughter of Vishwakarma (Maya), Ravana heard that the dynasty would be destroyed due to the first child, so he took the girl away and buried her in Janakpur.

– According to Adbhutaramayan, Ravana used to collect blood from sages as a tax. A sage always collected milk from the top of Kush in a jug. Ravana had filled that hour with as much milk as he had stolen. Mandodari drank the same milk mixed with blood for the purpose of suicide and became pregnant. She had buried this womb under the ground. King Janak found her while plowing.

– In the story of Ananda Ramayana, in the land of Mithila, a Brahmin found a maiden in a box and gave it to King Janak. Ravana had buried the box in Mithila. At the time of burial, Sita was cursing Ravana and saying, “I will come to Lanka again and destroy you and your family.”

– Tulasidas has shown that she originated from the earth in the character of Rama.
King Janak has called Sita ‘Mamatmaja’ my daughter in various places. Sitaji calls Urmila (Laxman’s wife) Anuja. Anuja means – ‘Paschajjayat Iti’ which originated from the back.

In the Tretayuga, King Janak of Mithila kept a bow for his daughter Sita’s Swayamvara. The marriage of Rama and Shita was consummated on the day of Margashirsha Shukla Panchami after breaking the bow of Shiva. 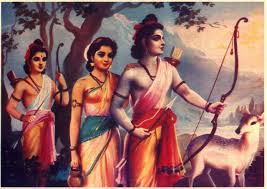 Sita, who grew up in Sukhsayal, has to live in exile with her husband and even in Lanka under Ravan. There are exemplary ups and downs in Sita’s life, her every word and decision has taught mankind wisdom and tolerance.

Sita’s depiction shows both radiance and strength. Swami Vikekananda has clearly said that there may or may not be many Rams in the future or in the past, but Sita is and will be the only one. Sita is named before Ram, so we hear Sitaram’s name even before Ram Sita. Janaki temple in Janakpur, Nepal is adorned with glimpses of Ramayana.

The stories of unwavering Sita and Maryada Purushottam Ram are still heard in our homes. Sita is not only a woman, she is a devotee, she is a power and she is an example of women’s boundless patience, endurance and generosity. The world is always colored in the mamtashayala of Sita, the goddess of religion and sadhana.

Sita is a national icon of Nepal. Sita is said to be the daughter of King Janak. But she is not really the daughter of Janak. King Janak plowed the land with a golden plow to find a suitable place for the sacrifice and found it in the plow needle. According to the Puranas, she was born as Janak’s adopted daughter, she became Sita as she was born from Halo’s Siyo, she became Vaidehi as the daughter of Videha Raja and Lord Vishnu took the form of Rama to take the burden of the earth and took human life to help her in her work.

In the Treta era, in Janakpurdham, the capital of Mithila, while the late King Janak was plowing the Yajna land with a golden plow, on the day of Baishakh Shukla Navami in the spring, Mahamaya Bhagwati Shita appeared from the womb of the earth. After Sita was brought up in King Janak’s Rajprasad, Janaki passed away. King Janak had promised to marry Sita only to a heroic man who could carry a Pinak Shiva bow in his palace. Many heroic kings came to Swayambhara.

Adarsh’s wife, Adarsh ​​Mata, Adarsh ​​Bhauju, Adarsh ​​Buhari, Adarsh ​​Maharani and overall, Sita Nepal is considered as a national icon. Due to her ideal, virtue, chastity, femininity, motherhood, compassionate personality, she is revered all over the world as Jagajjani. Sita is a bright and immortal star in the history of Nepali women. She has presented a model of all Hindu women’s behavior.

Due to the ideal of female character presented by Shita, her name is very high in the history of mankind because Sita did not send a lesson of virtue to women, she gave the example of a woman of good character. That is why Shita is a great national icon of Nepal. After some people raised negative things about Sita in Ayodhya, Rama abandoned Sita again and she stayed in the ashram of a sage. That is where Love and Kush were born. Shita is considered to be the ideal of a virtuous woman. The story of his disappearance in the lap of the earth is in the Ramayana