Anshubarma Bhrikuti  ,The search for history is a difficult subject in itself. That is why there is no clear evidence of all the events of history. Due to the lack of sufficient evidence, history has no choice but to speculate about the ideal personality. There are many historical characters whose identities could not be revealed due to lack of evidence. Among them are two characters from the Lichhavi period,Anshubarma Bhrikuti

The history studied according to the Shruti tradition before the year 2007 gave a single explanation about these characters. But, that was a bit far from real history. After the attainment of democracy when the History Amendment Board was formed. He began to search for the truth of every historical event. However, this church, which seeks history, has not been able to clear up the confusion about Anshubarma Bhrikuti

According to Tang, who is the father of Bhrukuti? There is disagreement among historians about that. Looking at the time written in Chinese chronicles about Bhrukuti’s marriage, it is unlikely that she will be Anshuvarma’s daughter. E. It is mentioned in the story that Bhrukuti got married in 641 AD. Historians believe that it is impossible to date the daughter of Anshu Varma, who died 20 years ago. At that date, King Bhimarjunadev was the ruler and his assistant ruler was Vishnugupta. She may also be the daughter of Narendra Dev, who became king after Bhimarjun Dev .Anshubarma Bhrikuti

Anshuvarma appears in the history of Nepal from 594. Historians believe that he was active in Nepali politics from the very beginning. Anshuvarma, who emerged as a feudal lord during the reign of Shivadeva I, had rested after reaching the king, the lord of power.More than three dozen records have been found if Anshu Varma’s name was mentioned in the Lichhavi period. However, no records mention his personal life. Anshu Varma’s name is mentioned in 16 records written by Shivadev I.

Historian Baburam Acharya claims that Anshuvarma belongs to the Licchavi dynasty. He claims that the Licchavis of Nepal are divided into two classes, Varmanta and Devanta. Therefore, he is of the opinion that even in Anshuvar, Varmant belongs to Licchavi clan. So, the historian Dr. Jagadish Chandra Regmi has refuted this in his book Licchavi Itihas. Regmi is of the opinion that this cannot be accepted as Anshu Varma is married to the Varmanta Licchavi dynasty.Another historian, Dhanbajra Bajracharya, speculated that Anshu Varma may have been a Chandravanshi regionalist as he had a picture of the moon inscribed on his forehead. This view seems to be strengthened by the use of the word “like the moon on the earth” in the records written by Buddhist monks. However, there is no room for doubt. Why is Anshu Varma not identified as regional in more than three dozen records? That question challenges this view.

Who are the genealogists in Anshuvarma? They have said that by stumbling on the question. But, they are also in conflict with each other. According to the language genealogy, he is the son-in-law of Shivadev I. However, the Gopal genealogy mentions that he was Shivadev’s nephew. This is the Nepali saying mentioned in the Gopal genealogy.

And again under the influence of the Sun dynasty, Shivadev became king. His nephew was King Anshuvarma. He built a palace. He made arrangements for Pandak, Pindak, Koot etc. Grammar and other scriptures started to be discussed.Anshubarma Bhrikuti

Ever since Anshu Varma started ruling independently, he has used the adjective ‘Vappapadanudhyana’ in his ‘Virudavali’. Dhanbajra Bajracharya is of the opinion that this adjective suggests that he belongs to a large clan. Anshubarma Bhrikuti

Facing two political challenges in Anshuvar, he rose from feudal lord to king. There are also some unanswered questions in his political ascent. Did he become king or not? Where did Shivadev go after 604? Why did he start building a new palace instead of living in a mansion? Such unanswered questions are found

He had two challenges in Nepali politics. The first challenge was to establish himself in politics. At that time, it was not easy to defeat Bhum Gupta who managed to mislead the king. He succeeded in that. Second, he also had the challenge of strengthening the then Nepal. The feudal lords declared independence from place to place. That too should have been taken into consideration. Managing all these and becoming a king from a common position is Anshu Varma’s challenging political ascent.

In the year 594, Anshuvarma suddenly becomes the assistant of Shivadev I and emerges as ‘Shri Samanta’. Ambitious Anshuvarma Guptas do not rush to become a hartakar of power. For 10 years, he held various positions at the assistant level such as feudal lord and feudal lord. Records show that he ruled independently for 12 years after becoming a feudal lord.Anshubarma Bhrikuti

In the records of Bungmati kept in 605, Anshu Varma mentions that he was an independent ruler.Before that, all the information came from Mangriha, then from Kailashkut Bhavan. He always respected the royal house even when he was in power. Therefore, Dhanbajra Bajracharya is of the opinion that a new palace was built without staying in the house. E. In 615, he has put ‘Shri’ in front of his name. In the Deupatan inscription of 615, he has said ‘Shryanshuvarma’. He has written the same thing in Gokarna’s fragmentary record. Nowhere in his archives does he mention himself as a ‘king’.

Analysis of the relationship between Anshubarma Bhrikuti

Even before the systematic search for history in Nepal, it was believed that Bhrukuti was a Nepali girl. Even now in the curriculum it is taught that Bhrukuti is Anshu Varma’s daughter. However, the relationship between Anshuvarma and Bhrukuti is silent even in the then Nepali history and contemporary foreign history. There is no evidence in Nepali historical texts that she is the daughter of Nepal.

However, the Chinese Tang narrative mentions this. However, Tang is said to be Anshu Varma’s daughter.  The Tibetan legend of Bhrukuti states that “Srong Chan Gampo, the first famous and majestic king of unified Tibet, developed Tibet by marrying the daughters of the kings of Nepal and China and introducing Buddhism to Tibet.” Chinese legend describes Gampo as Lokeshwar.

It is said in the Mahatma that two princesses got married to fulfill the needs of the two powers of Lokeshwar, the Green Star and the White Star. On the basis of this greatness, the historian Mary Slusser mentions that Bhrikuti is a form of a divine personality.

According to Tang, who is the father of Bhrukuti? There is disagreement among historians about that. Looking at the time written in Chinese chronicles about Bhrukuti’s marriage, it is unlikely that she will be Anshuvarma’s daughter. E. It is mentioned in the story that Bhrukuti got married in 641 AD. Historians believe that it is impossible to date the daughter of Anshu Varma, who died 20 years ago. At that date, King Bhimarjunadev was the ruler and his assistant ruler was Vishnugupta. She may also be the daughter of Narendra Dev, who became king after Bhimarjun Dev .

Another historian, Gyanmani Nepal, says that the time of Srong Chan Gampo was in AD. 629 to 650. Even with his eyebrows e. Saying that she got married in 629 BS, Uday Dev, who was living in exile at that time, has expressed the opinion that she may have got married.

In Tibet, Bhrikuti is called Thichung Lachi. It is mentioned that his father’s name was Devalha. Gyanmani Nepal is of the opinion that it means Shivadev. Based on that, it is believed that Bhrikuti is the daughter of Shivadev I.It is difficult to establish the relationship between Anshubarma Bhrikuti between these differences. Although the language genealogy mentions this, no official evidence has yet been found.

What is the history of Anshubarma Bhrikuti ? 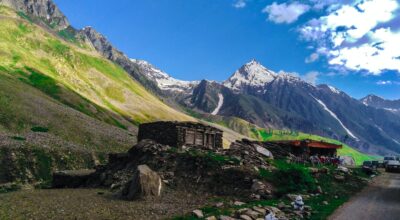 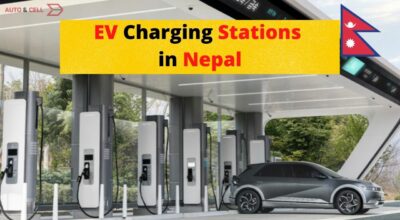 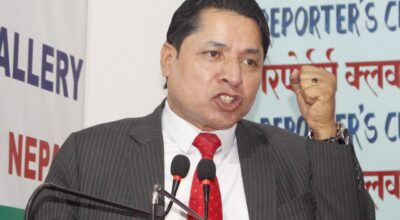 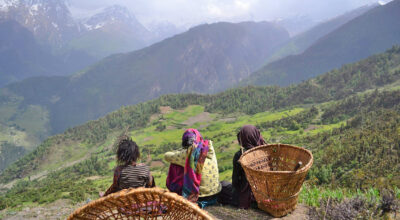 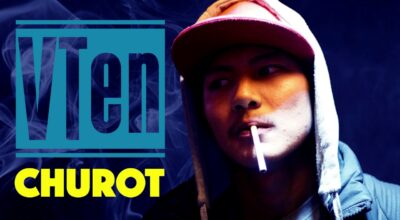